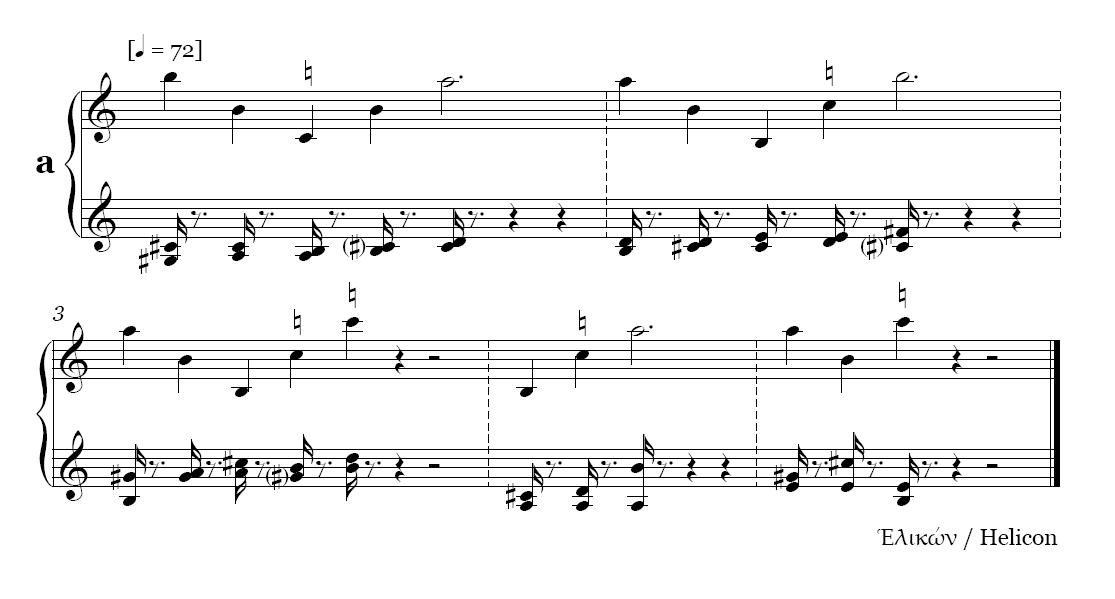 Markus Trunks Boeotische Riten (2005) for piano is an anthology of enigmatic and epigraphic pieces, subtitled The fragments of the Plataeae manuscript in a transcription for piano. Music of a(n) (re)imagined past culture, suggestive of the playing techniques of the ancient Greek Kithara, yet very much in the experimental tradition.

The composer writes about the piece:

Archaic cultures, real or imagined, hold great fascination for many artists. In particular, many composers seem to have been intrigued by visions of ancient Greece  see Debussys Six épigraphes antiques and Danseuses de Delphes, Saties Gnossiennes and Gymnopédies and Stravinskys Oedipus Rex.

However, these works arent attempts at reconstruction, and neither is my piece. They should, in analogy to the literary genre of science fiction, really be classed as music history fiction. Their evocative titles usually provide the composer with a cover under which to experiment with musical conventions; coincidentally, much the same goes for the concept of the fragment.

In many ways, Rites of the Boeotians represents a journey into my own past rather than the cradle of Europe; for one thing, the pieces were conceived at the same piano as my very first compositions, an Edwardian-era upright at my parents house. This is where I had my first piano lessons, and soon after started to pen my own creations  predominantly suites of quirky piano miniatures with fantastical titles… I am certain that that instruments particular sonority and delicate touch are responsible for any apparent subtleties in Rites of the Boeotians.